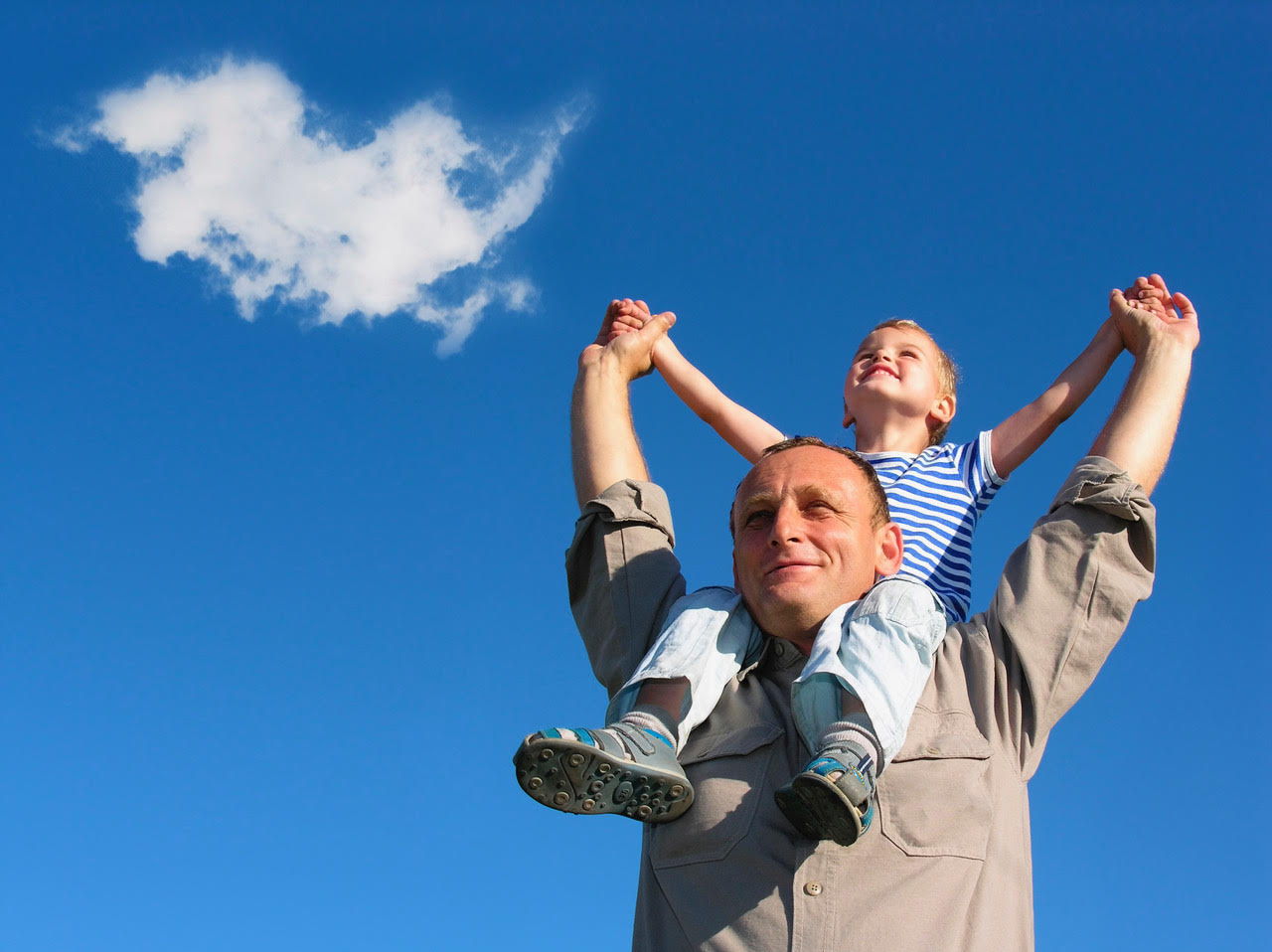 Virtually everybody will be affected by cancer. Whether it is personally battling the disease or witnessing someone enduring the daily struggles of the illness, cancer – like it or not – is a part of life.

Oftentimes, cancer is associated with repeated and uncomfortable treatments, and it can be viewed as a “death sentence.” Many people are unaware that there are alternative cancer treatments in Canada that positively change the lives of patients and are not as intrusive or cumbersome.

Cancer is actually more than one disease. In fact, it is hundreds. But all types of cancer begin in the body’s cells. Each of us has trillions of cells in our bodies. They are grouped together to form everything from bones, muscles, lungs and the liver. Normally, cells grow and divide to form new cells when others become damaged or die. Because cells are everywhere in our body, it means that cancer can form almost anywhere.

Cancer forms when there is a breakdown in the normal cell process. This could be because old and damaged cells survive when they should die or when the body generates new cells even though they are not needed. When extra cells divide without stopping, it leads to tumours in the body. Essentially, tumours are lumps in the body. Tumours can be benign or malignant.

Benign tumours are non-cancerous. They have cells that stay in one place and do not move throughout the body. They can be quite large and usually do not grow back if they are removed.

The development and formation of cancer in the body is straightforward, but treatment varies from cancer to cancer. This includes conventional procedures such as chemotherapy or radiation. Mainstream options have a reputation of being invasive, uncomfortable and even painful. Truthfully, they can be.

WHAT THERAPIES ARE AVAILABLE FOR CANCER TREATMENT?

Once a diagnosis is delivered, often the next question is what to do about it.

In North America, conventional therapies such as chemotherapy, radiation and surgery are widely known, and for many people, they feel those are the only options available to them.

Before, we dive into the specific therapies, let’s cover some background and some common questions. Many patients wonder if naturopathic and complementary therapies are so effective, why are they not as well known as conventional medicine.

The simple reasons are that in North America, oncologists and other medical doctors are not trained in natural medicine. Doctors in Germany, however, are trained in conventional and naturopathic medicine so they have more tools available to them to help their patients. To further answer the question of why naturopathic medicine isn’t as well known, you’d need to look at how medical colleges have historically been financed and their relationship with large pharmaceutical companies.

To answer the question for this section, the therapies available to fight cancer are chemotherapy, radiation, surgery, and naturopathic options.

CAN CHEMOTHERAPY, RADIATION, AND NATUROPATHIC CANCER TREATMENTS BE USED AT THE SAME TIME?

This is a very common question, and the short answer is yes. Many patients choose to add naturopathic therapies to their chemotherapy and radiation regimes, as it can make those therapies more tolerable. Some patients, those that have seen loved ones or co-workers go through conventional cancer treatments, choose to only utilize naturopathic therapies, but it is up to each individual and their unique situation.

Chemotherapy is a double-edged sword.

It can shrink tumours but also cause severe side effects including weakening the immune system, hair loss, nausea and weight loss, neuropathy (tingling of the hands and fingers, in particular), fatigue, secondary cancers and death. Perhaps the most deadly effect is that chemotherapies miss treating cancer stem cells, which often contribute to the very common recurrence of cancer seen after rounds of chemotherapy.

Chemotherapy can cause an aggressive resurgence of cancer after treatment and it’s now known the mechanism behind chemotherapy resistance by molecules released by healthy cells terminated by chemotherapy. Complementary cancer treatments help patients with chemotherapy side effects and address cancer stem cells with natural medicines.

Patients who have gone through chemotherapy or radiation previously and are now taking supplementary treatments often comment that they wish they had taken it previously because  they feel better, and have fewer side effects, especially with regards to fatigue.

Hyperthermia treatment is a common oncology practice in Europe and Mexico. It uses high temperatures to treat cancerous areas. The damage to cells during hyperthermia can make them more sensitive to the effects of chemotherapy and radiation therapy so these options work better, according to Canadian Cancer Society.

“The Oncotherm hyperthermia machine, as strong a device it is, there’s not a lot here in North America. However, there are 300 – 400 devices in Germany and across Europe. In Europe, and in Germany specifically, every oncologist that is trained in conventional medicine is also trained in alternative medicine. So, oncotherm hyperthermia is high on their list of things to use for cancer treatment. We brought it into North America so patients didn’t have to travel all the way to Europe or to Mexico to have these treatments done. They can be done right in the backyard (in Canada) at their own convenience with family and without the cost of travel and also without the costs of the expense of going to these faraway places. So we’re proud to have this here. It’s a very effective treatment, and we enjoy responses that we get and the patients that come in for the treatments as well.”

And no, it’s not only offered at Christmastime! Mistletoe therapy, also common in Europe, has its place in several types of medical treatments. Mistletoe provides relief for people with arthritis, epilepsy, high blood pressure and infertility. Mistletoe has become a cancer treatment because it enhances the immune system and the semi-parasitic plant is known to destroy cancer cells. Mistletoe treatment consists of a series of subcutaneous (under-the-skin) injections.

Is another effective treatment for patients battling cancer. Medical ozone has been found to destroy cancer cells, viruses and bacteria. Ozone is broken down in the blood to a single oxygen and hydrogen peroxide by normal cells in the body’s tissues. Ozone is commonly used to treat arthritis as it is anti-inflammatory and improves the quality of joint surfaces.

Most people know that vitamin C is good for them. It is not as widely known that vitamin C is used to treat cancer. Intravenous vitamin C therapy decreases tumour growth rates and inhibits not only cancerous cells, but also hyaluronidase, an enzyme that accompanies cancer and prompts its spread from one part of the body to another. When patients are given vitamin C intravenously, the concentration achieved in the blood grows high enough to produce hydrogen peroxide within the body’s tissues.

Has also proven useful in helping to fight cancer. When hydrogen peroxide comes into contact with blood, it reacts with enzyme catalase, causing it to break down into water and oxygen. Cancer cannot thrive in the presence of oxygen. Elsewhere, hydrogen peroxide stimulates the body’s production of white blood cells and helps to break down calcium deposits within blood vessels and dissolves cholesterol.

Is another beneficial treatment for cancer patients. It is a chemical compound extracted from the wormwood plant, artemisia. For centuries, wormwood has been used as an effective treatment for malaria. Wormwood has a mechanism that kills cancer cells and leaves intact the healthy, or “normal” cells in the body. Artemisinin therapy is delivered daily through IV infusion and treats leukemia, colon cancer, lung cancer, breast cancer and terminal cancer.

Increases the body’s circulation and reduces plaque in arteries, therefore reducing the risk of a stroke or heart attack. Over half the dry weight of plaque is calcium and it is removed during the series of in-office IV treatments. The process binds heavy metals and ultimately eliminates them from the body through urinary excretion.

Is used to treat cancer, in addition to neuropathy and chronic liver disease. It is a fatty acid that is a powerful antioxidant which protects cells from oxidative damage. Alpha lipoic acid therapy is an IV treatment used for colon cancer, lung cancer and has shown positive results for those with brain, spinal cord, liver and ovarian cancers.

Is a non-toxic and natural cancer treatment. Administered through an intravenous dose, poly MVA is a charged liquid complex of lipoic acid, palladium, thiamin and other vitamins. Because poly MVA is a soluble complex, it travels great distances through the blood supply to target dysfunctional cells. It is capable of reaching all the cells in the human body, even up to the brain. The complex distresses cancer cells because they are intolerant to the generation of oxygen.

Many patients look to reduce the chemicals in their body. Studies have shown that toxic metals interfere with chemotherapy efficacy. Detoxification has been found beneficial. The most important aspect of detoxification is to first test if any toxins exist in the body. Blood can be drawn to determine cancerous toxins and urine tests can be given to determine heavy metal toxicity. Depending upon the levels and what is found, a protocol is established to eliminate these cancerous chemicals using natural means. Specific detoxification is very important as methods such as coffee enemas or infrared saunas will not eliminate certain toxins.

Involves consuming a diet primarily of raw foods, with an emphasis on fresh juices, as well as taking supplements to rebuild healing mechanisms. It instills coffee enemas to detoxify the liver. In addition to cancer, the diet and treatment plan has been found to successfully treat tuberculosis, migraines and arthritis. When strictly followed, research has shown recovery rates as high as 70 per cent to 90 per cent.

Is an integral part of overall treatments, and it is very individualized and specific for each stage and type of cancer.

There is often more than one way to treat cancer. Decisions are generally made based on a patient’s comfort level and physical well-being. A common term used is CAM, which stands for complementary and alternative medicine. A common question is, “How do conventional and CAM cancer therapies work together?”

More than half of the people going through cancer utilize complementary cancer treatment. It is important that patients have a naturopathic doctor that is medically trained in alternative cancer treatment for guidance and support because they offer the most effective and powerful anti-cancer options that are available to you.

Treating cancer, whether through conventional or complementary and alternative means, is not a do-it-yourself activity. It is natural to feel scared and overwhelmed living with cancer, and seeking out your own solutions is understandable. When living with cancer, one the most fatal diseases, you don’t want to leave your treatment up to your own research and diagnosis online. Please seek and entrust qualified experts in cancer treatments.  Dr. Ceaser provides some of the top alternative cancer treatments Canada has to offer.

In Canada, it is estimated that 225,800 new cases of cancer will be diagnosed in 2020, according to a report from the Canadian Medical Association Journal. Among the cases, lung cancer is expected to be the most diagnosed with an estimate of nearly 30,000 cases. Breast cancer, colorectal and prostate are next in line as the most diagnosed. Collectively, these four cancers will represent nearly half of the reported cases in Canada for 2020.

The study found that prostate cancer will be the most diagnosed in males, accounting for one in five new cases; while breast cancer in females was one in four cases.