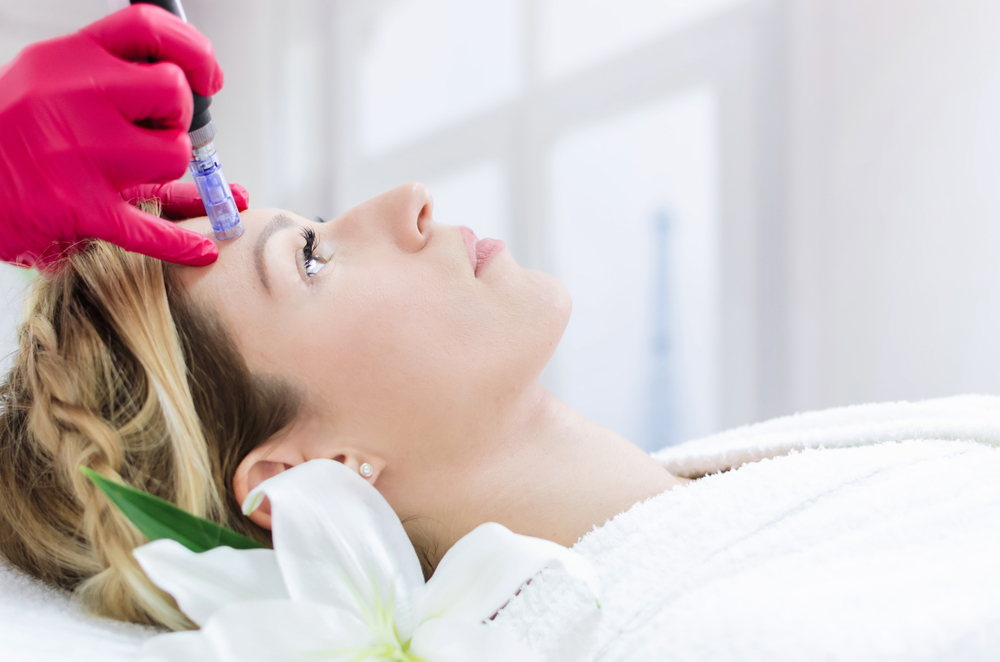 Mesotherapy is a form of naturopathic medicine that is rapidly gathering followers in the United States. It is one of the most effective means of non-surgical cosmetic medicine. It is a non-invasive treatment used to manage pain and treat sports injuries, and it is a cosmetic facial procedure for such purposes as tightening the lower eyelids.

It is also used to treat unwanted body fat, and it is widely regarded as the most effective treatment available for the elimination of unsightly cellulose. In essence, mesotherapy is a form of body contouring.

Mesotherapy involves multiple injections of various substances such as vitamins and minerals (the exact substances vary according the desired outcome), which have been approved by the Food and Drug Administration (FDA).

When injected into the fat layer known as the mesoderm, just below the skin’s outer layer, these substances target a person’s adipose fat cells, causing them to rupture. After the procedure, the cells are processed by the body as any other waste. To the observer, the fat seems to simply “melt” away.

Results are not immediate, and 2-4 sets of injections are usually required over a period of 2-4 weeks. Mesotherapy for cellulose typically involves 3-4 treatments over the course of a month. The procedure is almost completely painless and causes no scarring.

No sedation is required. Most people experience a bit of minor swelling and possibly a small amount of bruising at the injection site. It has been called “liposuction’s little sister” since it frequently focuses upon the same fat deposits as does liposuction. However mesotherapy isn’t as invasive as liposuction, is less expensive, and has fewer side effects.

Although fairly new in America, mesotherapy has been in use in France for decades. Not all American doctors endorse mesotherapy, believing cosmetic surgery to be a better option, but one has to wonder whether or not the cosmetic surgeon would simply prefer to perform the more expensive procedure, which nets him a greater income.

A potent and immediate acting natural therapy for pain. It involves the injection of B vitamins and homeopathic medicines just under the skin (between 1mm and 4mm deep) which allows these substances to remain in the area and diffuse into the deeper tissue for a longer period of time than deeper injections or topical applications would. These injections are with a very fine short needle and are painless. The mesotherapy injections increase local circulation and decrease pain that can allow one to resume normal activity and possibly discontinue oral anti-inflammatory treatment. The homeopathic injectables permit the inflammatory phase of injury to take place rapidly and efficiently and cause the least amount of discomfort for the patient. The medicine is not anti-inflammatory so does not suppress the actions of the body.

To learn more about how Mesotherapy can help you, visit Dr. Ceaser, a naturopath doctor in Winnipeg