This is Winston Penner’s story about living with prostate cancer. He is 80 years old and has been battling prostate cancer for approximately seven years. Today, he is better than ever and thankful to everyone who has helped him along his journey.

In 2012, Winston started to have a lot of discomfort in his right leg, especially from the knee area and up. He saw some chiropractors, thinking that he was dealing with arthritis. All of this helped, some, but the problem was not going away.

It finally got so bad that Winston couldn’t walk without a walker. He decided it was time to have a doctor look at it. Winston went to a walk-in clinic in Winnipeg and saw a doctor. The doctor decided he wanted to do an X-ray of Winston’s leg. He told Winston that there was something wrong, higher up, and that it wasn’t his knee causing the pain. The doctor told Winston that it looked very bad and that he was not to walk on it, and that he wanted to do some blood work to take a better look.

The next day, the doctor called Winston. He said that his PSA (prostate-specific antigen, which is a protein produced by cells of the prostate gland) was extraordinarily high and that he needed to be admitted to Seven Oaks Hospital so that they could surgically insert a metal pin.

The doctor from the walk-in had ordered a bone scan and a CAT scan, which he had completed at the Winnipeg clinic and St Boniface Hospital.

Winston was also told he would have to go to the Health Sciences Centre for radiation. Winston completed 10 rounds of radiation. His urologist said that his lifeline was the hormone injection that he would receive to his stomach area with a large needle.

His PSA started to significantly come down. Still, the long-term prognosis was not good; they weren’t giving him much of a chance. Winston was told that he has stage 4 prostate cancer.

Winston was also told that his cancer had spread to various parts of his body: pelvis, lumbar, left shoulder, and even two spots on his lung. The doctor said there was a reason for optimism, which did wonders for Winston’s outlook.

Winston had a long series of chemo treatments in Steinbach at the CancerCare centre, and continued his injections every three months. With all of his treatments, Winston’s PSA had become stable; it was in the 20s, which he found to be encouraging.

But as time passed, and his chemo was complete, his PSA started climbing again, to the point where they said they wanted to try something else. They gave him Enzalutamide. a medication used to treat prostate cancer.

Winston’s PSA started dropping from the 20s to under one, and it stayed low for quite a while.

His cancer specialist said they could try radium treatments. Those were injected intravenously. Winston believed that it helped, but he was not cancer-free, and his PSA started climbing again.

The journey with a naturopathic medicine

Winston had gone through just about everything they could do for him. And then he remembered a friend suggested a natural treatment clinic in Winnipeg, and his friend highly recommended it.

So, Winston, his wife, and one of his daughters went to see Dr. Ceaser, N.D., and had a consultation. Dr. Ceaser recommended a different diet, a healthy diet filled with cancer-fighting foods, as the first step.

Dr. Ceaser believed it would be a good idea for Winston to take natural treatments and reminded Winston that the choice was entirely his.

Winston decided he would go for natural treatments for three months. At first, he took two natural treatments per week, and that went down to once per week. As of this posting, he was going in once every two weeks and states that he is feeling great and has no pain.

Winston is a cyclist; he enjoys cycling and has for years. He and his wife love to cycle together. This past summer, he was able to cycle some days 40 miles and even 50 miles!

Winston also heats his home with a wood fire. So, there’s a lot of pretty heavy work, getting a chainsaw out and cutting firewood, loading it onto a trailer, hauling it home, and all of these things he is still doing. Winston is grateful for where his life is now.

Direct quote from Winston- Everything got him to where he is

“I want to give honor to whom honor is due. I want to start with the Seven Oaks Hospital and the surgeon that inserted that pin, that did wonders for me. I had to walk on crutches for a while after, but more and more I got stronger and that leg got stronger and I didn’t even feel I had that pin anymore. That was great. And also then my cancer specialist at CancerCare at Health Sciences, such a wonderful person and understanding, caring. I want to give a lot of credit to him as well and the chemo treatments and all of that. And then the health-care workers and Steinbach at CancerCare there, the frontline workers, they’ve been so accommodating and helpful and friendly, and so my hats off to them. And then of course, here at this clinic, as I’ve said already, with Dr. Ceaser and his people here. It’s just been such a good thing for me, a good experience. And then of course, as Christian believer, I want to give credit to our physician, the great physician in heaven. He’s been watching over me all this time. And the many prayers, many friends, all of this working together. And then of course my own family, so supportive. My wife and my children, my sons-in-law, daughter-in-law and our grandchildren, all of them pulling for Grandpa and showing so much love. All around, I am just so thankful for my quality of life and I feel very loved, and I’m so happy that I can end this video on a positive note. I know I’m not cancer free but my cancer is very much under control. Thank you, everyone, for listening, and I hope many of you find this encouraging as well.

Over the past seven years, Winston Penner has been on a roller-coaster ride while fighting his cancer. He is thankful that his cancer is now stabilized and that he is able to do the things he loves with the people he loves. 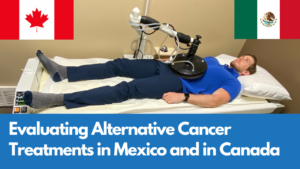 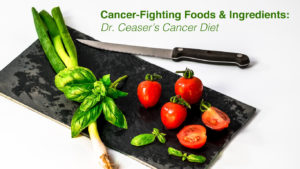